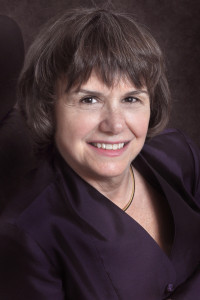 Catherine Bertini joined the faculty of the Maxwell School of Citizenship and Public Affairs in 2005 and was named Vice Chair of the Public Administration and International Affairs department in June 2016. As a Professor of Public Administration and International Affairs, she taught or currently teaches graduate courses in Humanitarian Action, UN Management, Girls’ Education, International Organizations, Executive Leadership, Food Security, and Post-Conflict Reconstruction. Her courses draw on the vast experience she gained during a career spanning public service at international, national, state, and local levels, and private sector and foundation experience. Spring 2017 will be Professor Bertini’s final semester at the Maxwell School.

United Nations
Most notably, Ms. Bertini’s leadership of the UN World Food Programme transformed WFP into the world’s largest and most responsive humanitarian organization. As WFP’s Executive Director, first proposed by President George H. W. Bush in 1992, and re-endorsed by President Bill Clinton in 1997, Ms. Bertini led the efforts to end famine in North Korea, avert starvation in Afghanistan, ensure food was delivered effectively during crises in Bosnia and Kosovo, prevent mass starvation in the Horn of Africa and focusing on women as the key to ending hunger. Because of her reforms, WFP was held as the model for UN efficiency, effectiveness, and accountability. Ms. Bertini was named the 2003 World Food Prize Laureate for her leadership at WFP in ending famine and decreasing hunger. Later, Ms. Bertini served as the Under Secretary General for Management and as UN Security Coordinator. Secretary General Kofi Annan also appointed her as his Humanitarian Envoy to the Horn of Africa, Gaza and the West Bank.

Federal Government
Ms. Bertini served as a member of the Board of International Food and Agricultural Development, which advises USAID, having been appointed by President George W. Bush and reappointed by President Barrack Obama. Previously, she served as the Assistant Secretary of Food and Consumer services at the U.S. Department of Agriculture where she drove nationwide implementation of electronic benefit transfer programs, created a food package for breastfeeding mothers, and oversaw the design of the Food Guide Pyramid.

Ms. Bertini earned a Bachelor of Arts degree from the State University of New York at Albany and has been accorded with numerous awards, commendations, and honorary degrees.